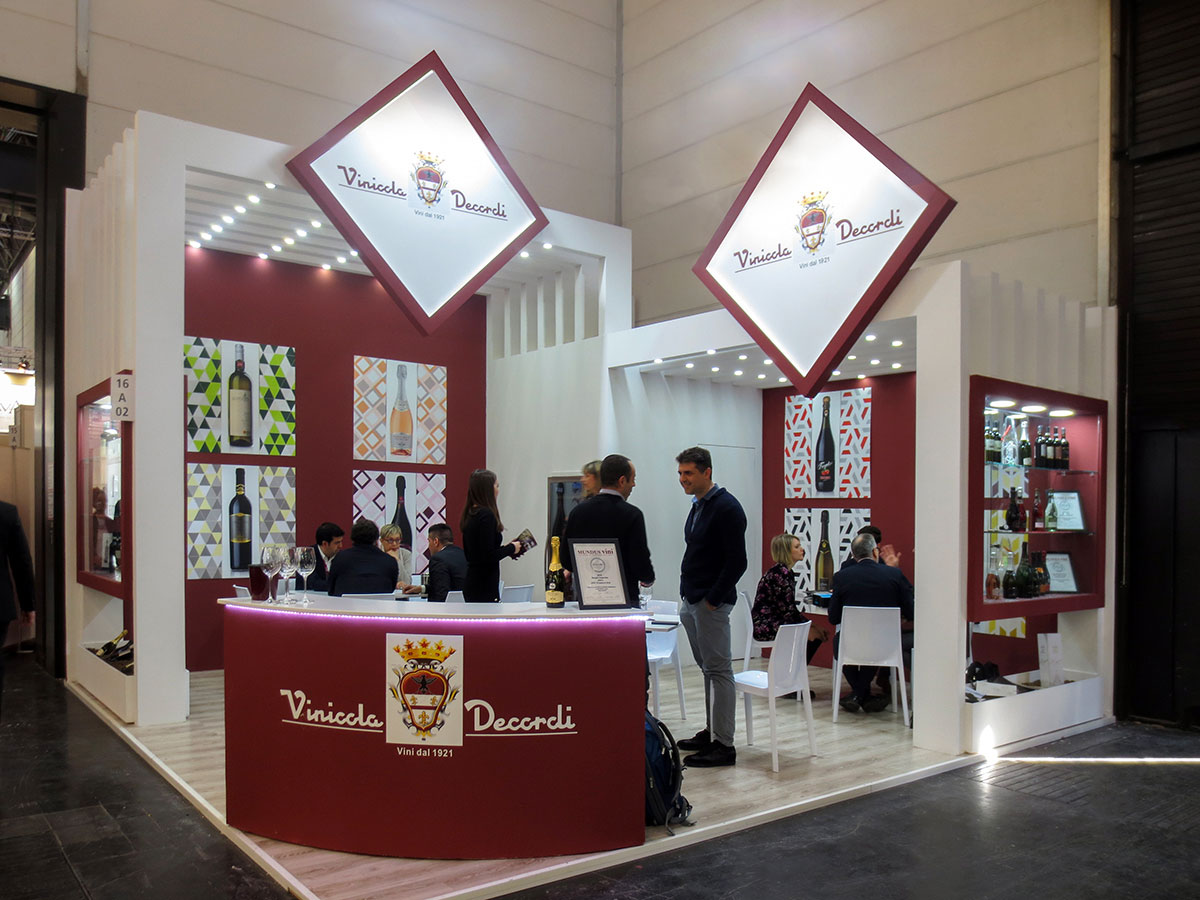 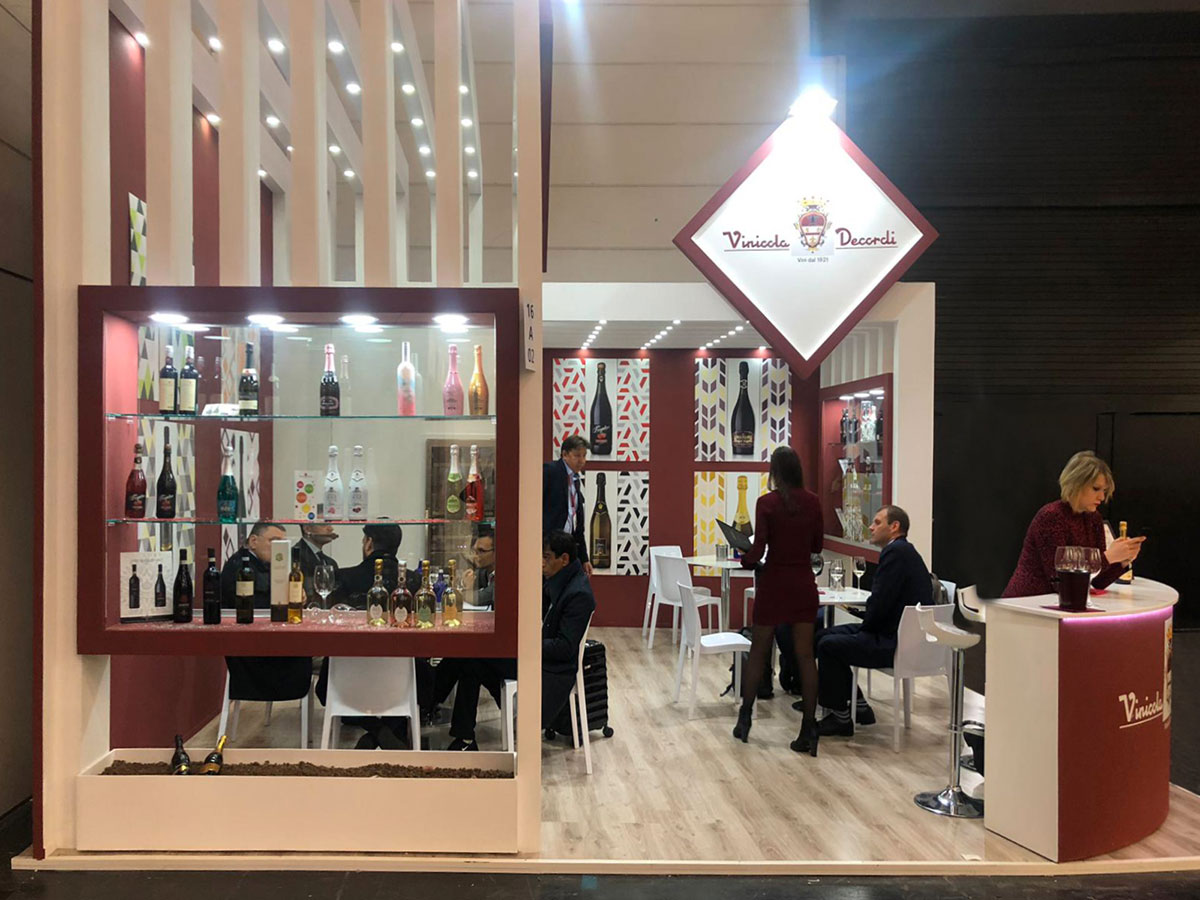 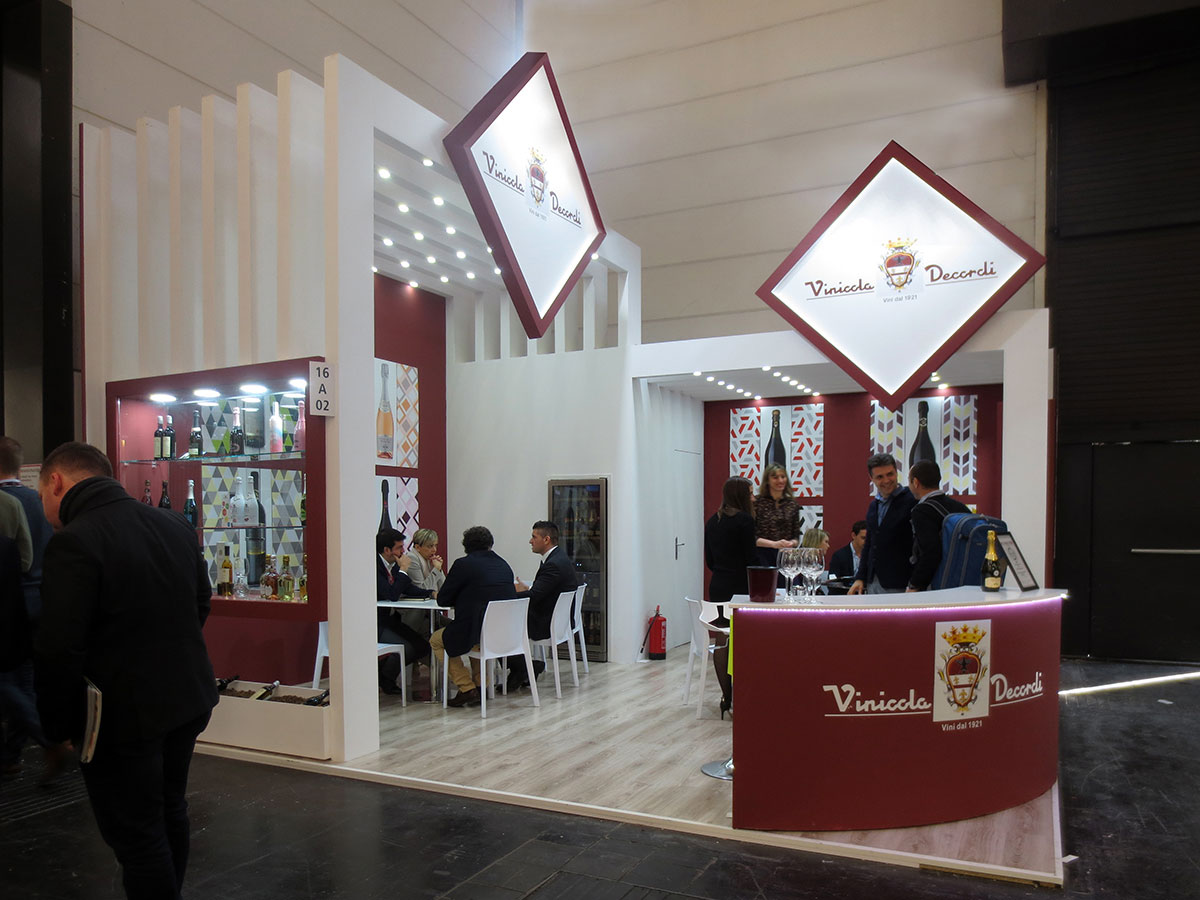 The Decordi winery was founded in 1921 starting from a family tavern, where the wines of the Lombard tradition and of the Lower Cremonese Po Valley were served: Fontana, Ancellotta and Lambrusco were among the main products. The first important production plant was built later, in 1950: with more than three million liters of capacity, the Vinicola Decordi sells mainly in demijohns and 1.5l bottles. The activity gradually expanded until the introduction of fine wines for the catering industry and the extension of the activities beyond the border, with a gradual internationalization process that stretches from Europe to America, up to Japan.
Part of the export route is also the participation of the Decordi Winery at the ProWein fair, a leading event for the wine sector, which attracts thousands of visitors every year at Messe Düsseldorf, all professionals from the world of wine. During the 2019 edition, the Decordi company entrusted Honegger with the creation of its 33 square meters exhibition space.